Wireless controllers have been around already for a long time. I have been a bit slow in utilizing them. I first encountered this issue back when PS3 was the most powerful PlayStation console. The battery life wasn’t so great back then. I went and bought two three meter long cables for my two Dual Shock 3 controllers so I wouldn’t have to charge them all the  time. If there were some practical charging stations I am sure that I didn’t have one back then.

Back in 2014 I removed PS3 from my setup completely and replaced it with PS4. As you can probably imagine I didn’t have any retro consoles or at least I didn’t include them to my setup. I have talked about this earlier in some other posts in this blog so I am not going to go through this again.

I got many retro consoles. But I didn’t get a new latest console until I bought Xbox Series S. This was in 2021. It had a very good wireless controller. I was still a bit unconfortable with it being wireless. For a long time I had a cable for this controller. It was only when I got a good charging station that also had modified lids for battery slot and also two batteries with it that I got really into using wireless controllers.

If you read my last blog post you already know I got a Pro Controller for my Nintendo Switch yesterday. It is wireless. It came with a short charging cable. The first thing I did was that I charged it. It takes six hours for it to charge fully. I am trying to use it mainly as a wireless controller.

The controller feels nice. As mentioned earlier it doesn’t have those annoying trigger buttons at the back of the controller. I played some NBA 2K with it. If there would be some good quality charging station for this controller I would have a use for it. I haven’t found one at least not yet.

Many retro consoles do have wired controllers. For a younger gamer it might seem odd that I am so used to playing video games with a wired controller. There is also a one difference in Pro Controller of Switch and the one that is for Series S and X. That is that Xbox’s controller has a removable battery which makes it more modifiable compared to the Pro Controller. Also PS4 and PS3 controllers don’t have a removable battery in them. I haven’t opened a controller like this so I don’t actually know if the battery can be somehow be replaced.

This was once again such an interesting topic and I wanted to write about it. So, thanks for reading and have a very merry Christmas my Dear Reader! 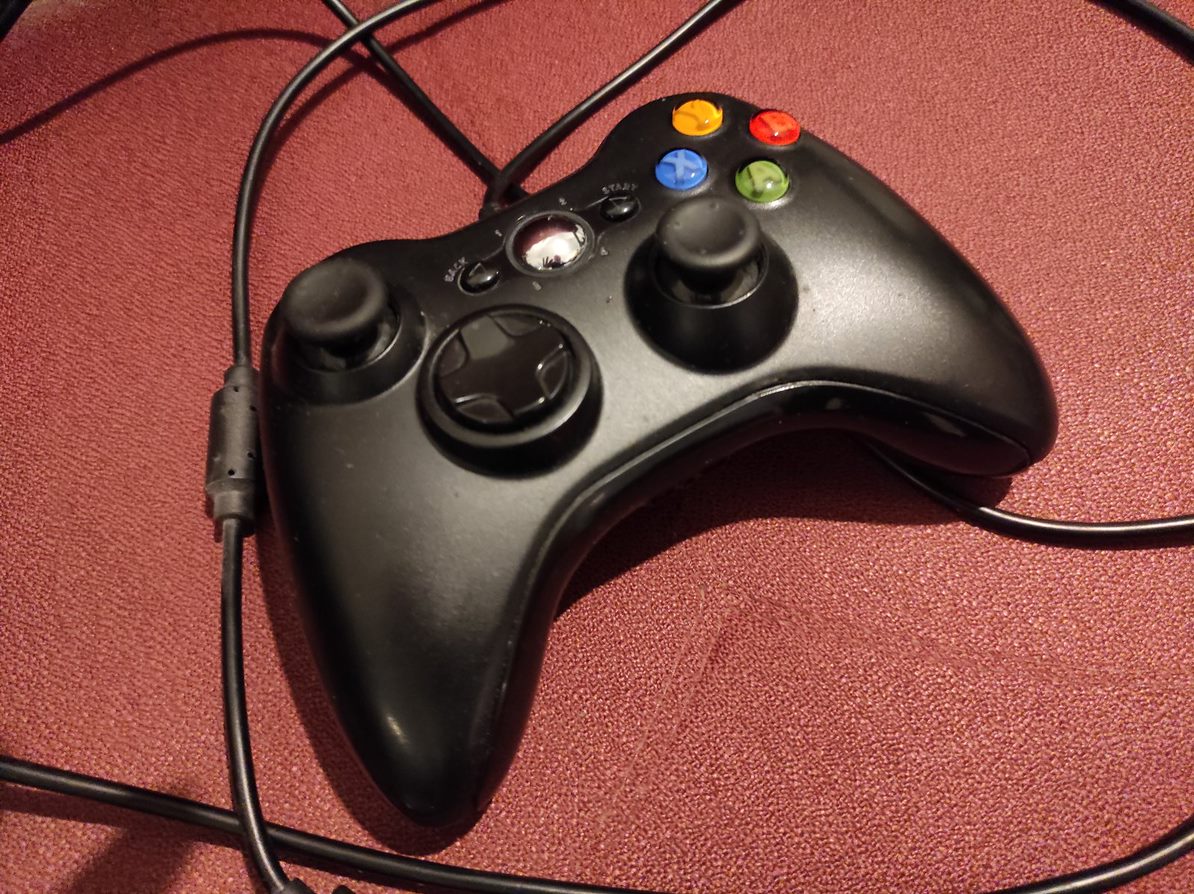 So I encountered a slight issue with my generic controller for Xbox 360. I first bought this gaming console from a friend of mine. It was a good deal. I got the regular game pad with it. As I got to know the system a bit more I discovered that it would require a battery or a cable so that I wouldn’t have to change the alkaline batteries all the time. I am not a big fan, as I wrote earlier to this blog, of AA batteries.

My solution to this slight issue was to buy a generic controller. It was cheap. It was like twenty euros or so. It played nicely for some time. It wasn’t that awful when playing driving games like Project Gotham Racing 4 or Forza Motorsport. As I was thinking about to play a FPS called Crysis 2 I encountered and totally understood the problem I had. This generic game pad wouldn’t be a solution for me as I would need a better, a sharper, controller for my Xbox 360.

It was a pain to try to aim and move efficiently while playing Crysis 2. Where I think the controller performed the most poorly was at moving the sight. The left thumb stick of this controller just isn’t accurate and sharp enough. I was very lucky although. When I first bought the console it came with a controller. This game pad was the original that was delivered with the system in the first place when the console was bought as a new. I just had to buy a USB cable for the controller or else I would have to buy some AA batteries for it and keep changing them every time they would get consumed.

I bought a cable. I actually bought one nice game also so I wouldn’t make just an order of only twenty euros. I was happy. I had finally the cable that I needed. Then I figured that the cable was actually a charging cable. Well alright then. Its length was only about two meters. That’s not a good cable for powering a game pad. So what I actually had to do was to buy an extender cable. So it got a bit messy but I finally managed to plug the controller to my Xbox 360.

I think playing FPS games with a cheap, generic, controller on Xbox 360 or maybe even on your PC is something that a real gaming enthusiast wouldn’t do. Some people like to play these shooting games with a mouse and a keyboard. And you have to say it has its advantages. I like to casually play first person shooters with a controller but when I do I prefer a good quality controller that doesn’t require me to change the batteries all the time and maybe even consume the natural resources with these kinds of actions. So save your money and buy these controllers as wisely as you can. That is all for now my dear readers. Til the next time!